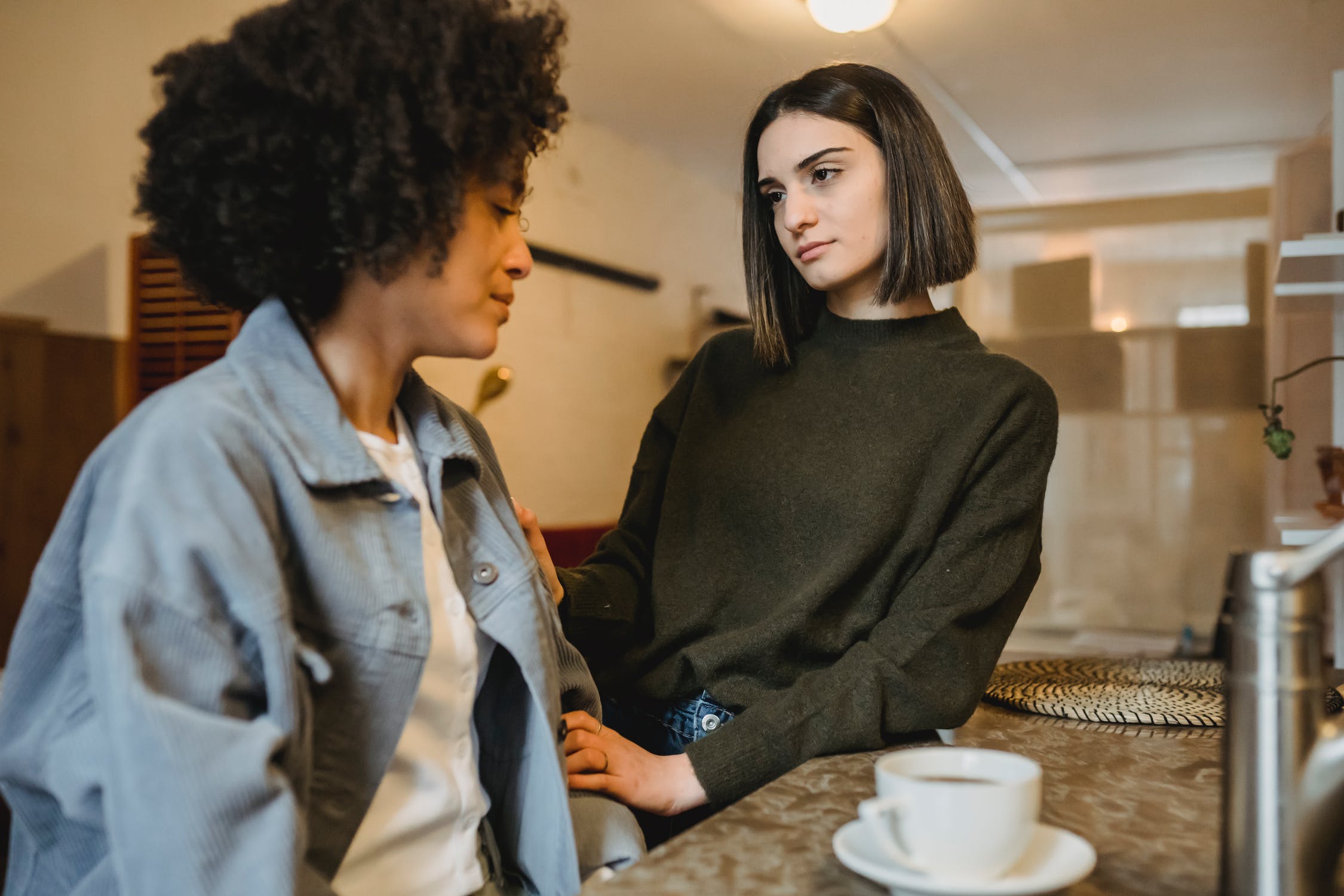 Forgiveness is a concept that gets thrown around by self-help gurus once every few years. The focus, however, is usually on the importance of letting go of resentment and forgiving those who have wronged us to spare our own mental health. Less frequently do we turn that lens inward and think about the ways we have harmed others, and how to ask for forgiveness.

Everyone makes mistakes, but practicing forgiveness toward others can often be easier than admitting that it is we who were wrong. Even more challenging is mastering the aspects of a good apology. So the next time you stick your foot in your mouth or irritate your friend or spouse, here are a few tips to move past it.

Apologize, and be specific.

How often have you gotten into an argument with a loved one, only to have them offer a non-committal “Sorry” in an attempt to end the fight and move on? Sorry for what? Do you even know what you’re apologizing for? This type of vague apology can be as frustrating as no apology at all, since it can leave someone wondering if they have actually been authentically heard and understood, or if anything will change for the better in the future.

Identify what it is that you need to apologize for.

I once did this in a session with a client, who had experienced a frustrating conversation with his ex-girlfriend. They were trying to resolve his alcoholic past so they could move forward as friends, and he couldn’t understand why she couldn’t just accept his ‘I’m sorry’ and move on. Pulling out pen and paper, we worked together to unpack his behaviors and how they likely impacted his ex. We identified that when he blacked out from drinking, he would do things like making passes at his (then) girlfriend’s sister or best friend, which caused her to feel humiliated, betrayed, and was a blow to her self-esteem. When he blacked out, he would also spend (or lose) far too much money, which caused financial strain on the couple and would cause his girlfriend frustration, stress, and lead her to doubt his maturity or the long term viability of the relationship. “Wow,” my client said, as he looked over the map we had created; “I hadn’t really thought about how my actions were actually impacting her. Yeah, I guess ‘I’m sorry’ doesn’t really cover it.”

Identify and own what it is you need to apologize for, piece by piece. Apologizing for an entire argument, which may have taken place over hours or even days, is not as satisfying to the recipient as apologizing for the specific transgressions that may have taken place within it. “I recognize that it was unfair for me to state _X_ and that I also hurt your feelings when I said _X_” can help the other person know that you are aware of where the problem areas were.

Acknowledge the Impact, Realign with Your Intentions, and Make a Plan for the Future.

All roads lead to somewhere, so make sure that each step you take in a relationship is in alignment with where you want to go, both as an individual person and in cultivating the relationship. Acknowledge the impact of your mistake on the other person, and tell the person how what you did was out of alignment with your intentions for who you want to be, and what you want with the other person. Then tell them what you will adjust to avoid making the same mistake in the future.

“When I was angry and driving recklessly, you probably felt unsafe, and I never want to make the people around me feel unsafe. In the future, if I am feeling upset I will call us a cab.”

“Yelling at you probably made you feel belittled, and you’re my spouse; I love you and I want to be the person who empowers and uplifts you. Next time I feel tempted to raise my voice, I will take a walk until I can calm down.”

“I realize that the project was late because I didn’t manage my time well and missed the deadline, which caused a hassle for the rest of the team. I strive to be a reliable colleague, so next time I’ll make sure that the group projects get done before the rest of my work.”

Make it right, to the best of your ability.

One aspect of a good apology is taking full responsibility for the misdeed. Did your broke friend have to pay $30 for an Uber because you forgot you were supposed to drive them home from the party? Venmo them the cash. Did you spread negative gossip about a coworker that turned out to be untrue? Make sure that you follow up with each person you gave false information to and correct it (and maybe don’t spread negative gossip!). We’re not always going to be able to set things exactly right, but even making an effort shows the other person we are serious about our apology.

Don’t be attached to the outcome.

So you’ve given a top-notch apology; things should immediately bounce back to the way they were, right? Not necessarily. Maybe you hurt the other person more deeply than you realized and they need some time to be able to move forward. Maybe, for whatever reason, the other person just doesn’t care to continue the relationship. Maybe it has nothing to do with you at all, but some unresolved traumas that may have been triggered. Nonetheless, don’t dwell on it; just move on and take comfort in knowing that you did your best. Human beings are complicated and our relationships with one another can be challenging, even in the best of times!

Having integrity means doing the right thing even when no one is watching, and the same holds true for doing right by others even if it doesn’t pay off in ways you can immediately see. Giving a good apology will pave the way for the other person’s healing, or healing the rift in the relationship. But learning to give good apologies helps you too, as you begin to see the patterns in how you impact others. Like so many things in life, they’re connected; as we heal others, we heal ourselves!

Wolf in a Nightgown: How to Identify Gaslighting